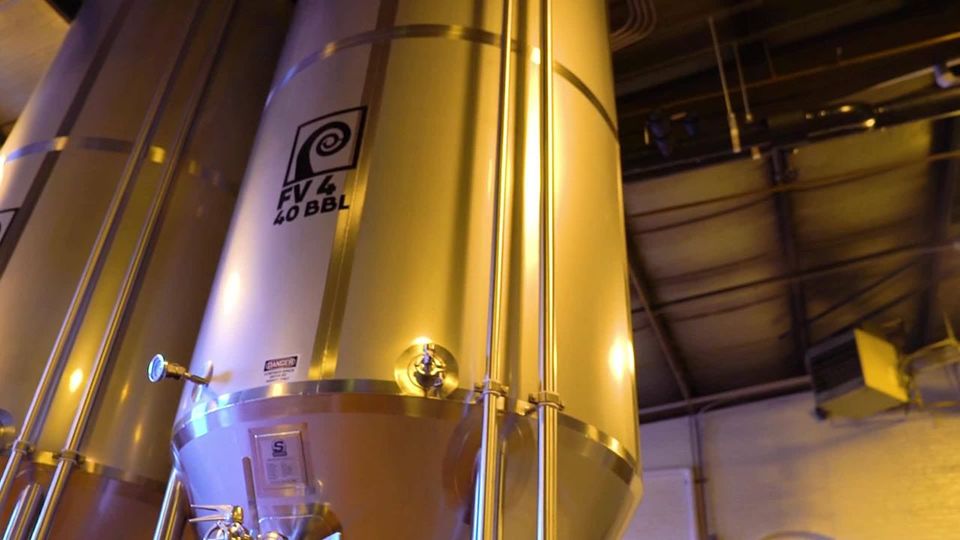 Each month, RMS Brewing Solutions celebrates one of our partners in brewing and/or distilling. In doing so, we hope to bring more attention to the local businesses doing amazing things across the country. We also hope to inform and educate our clientele, future and current, on how we can work with you as well. For December, we begin with Earth Rider Brewery, a company that has not only proved to be loyal supporters of RMS, but also an enormous contributor to our new business. Through word of mouth recommendations from Earth Rider, we have been able to help even more breweries get off the ground with top quality, American made grain handling equipment. We are beyond grateful to Earth Rider Brewery, so we want to share a little bit about their thriving brewery and taproom and our work together.

The Birth of a Brewery

Just four years ago, founder and CEO Tim Nelson had the idea to build a brewery that produces beer to be sold on the local market as well as in house. It is the first brewery to do so since 1967. Tim chose a building in his hometown of Superior, Wisconsin that had deep roots in the community. Built in the late 1880s as a bakery, transformed to a “baker supply” store during prohibition, the building then functioned as a beer wholesaler under Leamon Mercantile for decades before it closed down. Clearly, this building had some serious brewing foundations upon which to grow. And grow is just what Tim and his team have done since they first opened.

With a taproom on one side and the brewery on the other side of a wide open event field the business uses for warm weather festivals and events, Earth Rider has made a name for itself as the beer of the people, as the “center of the fridge” beer. With 20 in house, Earth Rider is the beer you just want to come back to again and again. It is also the brewery you want to come back to again and again. While it may not be buzzing with summer festivals right now, you can bet Bingo and Beer night is a big hit with the locals, especially with their Oatmeal stout on tap. Who doesn’t love a cozy beer on a dreary day? Particularly after a long day’s work. And the brewery is welcoming to its locals, boasting repurposed materials throughout that recall early all American sentiments of strong work ethic, commitment to a purpose, and dedication to craft. You’re gonna love it here.

Proud to Be Partners

RMS Brewing Solutions is proud to have provided all the grain handling equipment Earth Rider needed at its founding, and to have been there every step of the way as new needs have arisen. We worked with the brewing team to understand their vision and to get everything designed, built, and installed.

If you are headed to Superior, Wisconsin, or perhaps you are already in the area, head into Earth Rider Brewery and give them some well deserved business. It is a company you can feel good about supporting. We know we do.