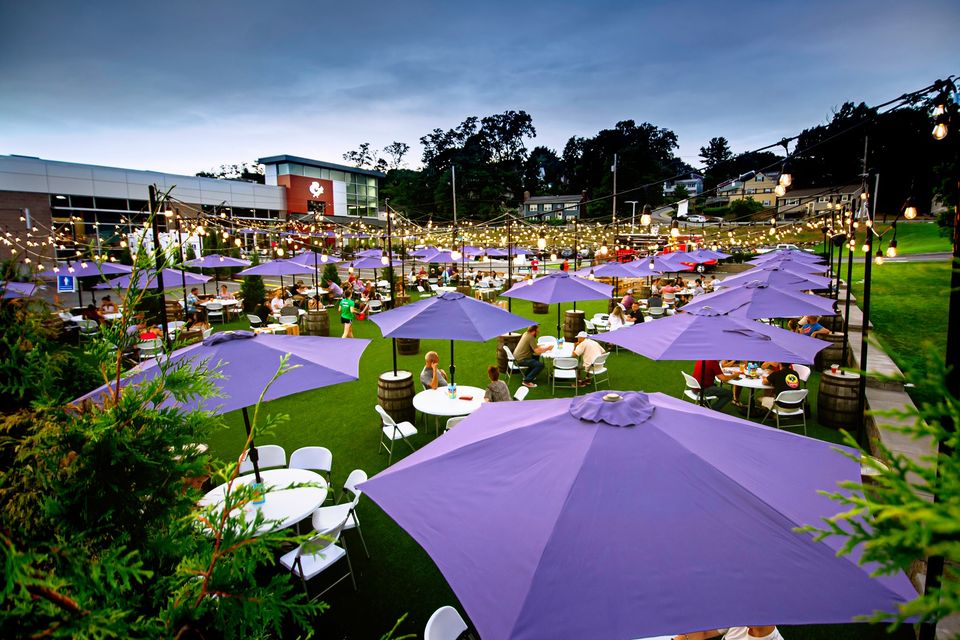 This month on the blog, RMS Brewing Solutions is highlighting the amazing progress Mighty Squirrel, over in Waltham, MA, has made in its short time as a taproom..

Head Brewer Nick Fredette recalls his days as a brewer with aspirations when he first connected with Mighty Squirrel, right before they opened their taproom. They were a team of brewers interested in serving an underserved market – athletes. At first, their beverages were marketed as healthy, with supplements like protein to keep athletes and exercise enthusiasts going. They realized quickly that this market was underserved for a reason: it just didn’t exist.

Athletes wanted protein drinks or beer, not both at the same time.

Naveen and Henry, the owners, decided to put all their eggs in the beer basket, and they opened their taproom in Waltham. With colors that pop and flavors that entice the pallet, Mighty Squirrel has grown a mighty following.

To walk into their taproom is to be amazed by the sheer size of the barrels and the open space with high ceilings. Mighty Squirrel has a 30 barrel brewhouse on display for their customers to view when they walk in, and outdoor seating surrounded by a rotating schedule of food trucks. Guests are also welcome and encouraged to bring their own food if they like, or even schedule delivery to the site.

The team brews mostly hazy IPAs, and they love to add new fruited sours to their batches. They even invite their bartenders and other team members to make suggestions or get involved in the brewing process in other ways.

Truly collaborative, Nick and the owners of Mighty Squirrel contacted RMS after having outsourced all of their original equipment and ending up with an RMS mill. Nick loved that RMS mill so much that he contacted the team at RMS and asked for a complete overhaul.

Our guys got right to work designing all the grain handling equipment for such an unusual space; Mighty Squirrel has most of its barrels upstairs in the taproom, so the grain must be handled below in the basement and then effectively and efficiently conveyed upstairs for mashing in and brewing.

Within a very short time, RMS had the equipment designed and installed, and Mighty Squirrel was off and running with machines they have loved ever since.

When asked what the most important thing has been in working with RMS, Nick says “consistency is everything, and RMS equipment provides that consistency we need to brew for our customers.”

That’s what we love to hear, Nick.

If you’re in the market for new grain handling equipment, contact RMS today for a discovery session.

For machines designed with you in mind.