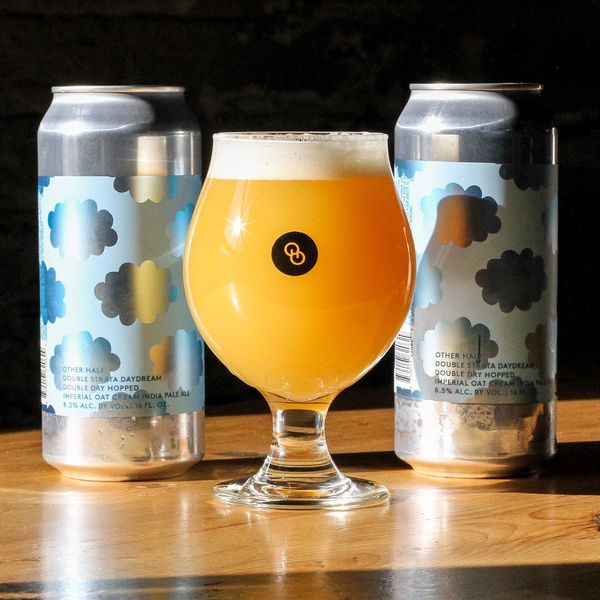 Each month, RMS Brewing Solutions highlights one of its partners in brewing. We do this for two reasons: so you, our readers, can become familiar with a new brewery you may not have heard of yet, and to help you understand a bit more about what RMS does with those breweries. This month, our focus is on Other Half Brewing Company on the east coast. The company got its start when three buddies, Sam Richardson, Matt Monahan, and Andrew Burman, based in Brooklyn, got the idea “to create beers that they wanted to drink from a company that they wanted to be a part of.” They began as a small local brewery in the heart of their own neighborhood. Just a taproom. The sole focus was flavor. Simple yet impactful. This, they seemed to be saying to the world, is how the other half lives.

Other Half Has Its Finger on the Pulse of Beer Drinkers

These guys clearly tapped into something integral about the east coast American spirit. The brewery took off like wildfire. Within five years, the company was able to expand out to Washington, DC, to build a much bigger production facility, and find a niche in the home region of two of the owners. From there, the beer has just kept flowing. It has only been 8 short years, and Other Half now has 5 locations between New York and DC, and a new location slated to open any day now in Philadelphia, this one with the brewery’s very first kitchen.

Flavor for the People

The brewery not only has multiple breweries and tasting rooms, but it also produces its beer for resale in stores across the Eastern Seaboard. You can even, depending on your location, have your own selection of beer shipped to you. Other Half beer is driven by a devotion to excellent flavor profiles. The owners and the master brewer collaborate with other breweries and kitchens across the world to bring the best possible taste to their own beer and their loyal drinkers. The emphasis with this beer is hops. You will find a lot of IPA and even double IPA options. If you love hops, this is your beer.

RMS Joins Other Half

It was only a few short years ago when RMS was brought in to assist with equipment for Other Half. It just so happened that a mutual business contact, Tim Heath, had worked with both RMS and Other Half, and, once he joined the team at Other Half, he encouraged the brewing team to go with RMS. With the space constraints of the smaller location in Brooklyn and the depth and breadth of the project in DC, he knew RMS would be an asset.

RMS got right to work helping to fit out the smaller space with all the right grain handling equipment, maximizing on the potential for brewing while still allowing space for the necessary grinding and storing needs. As Other Half has grown from 15,000 barrels per year to what is now beyond 30,000 barrels each year across its locations, it was in need of creative, strong, stable support, and RMS was able to provide all three.

When asked about Other Half’s experience with RMS, Tim said “It’s been great. The reason we like working with RMS is its reputation amongst breweries in terms of consistency and quality. For production requirements it is robust, and it checks all the boxes from a crush perspective.” RMS provided the full range of equipment to Other Half, including a superstack bulk station, a 4 roll mill and a 2 roll mill, a speciality malt hopper, conveyance, and even a touch screen grain handling panel. A solution provider as well as an equipment provider, RMS has been thrilled to partner with Other Half to get their goals accomplished and keep their customers satisfied with consistently flavorful product they can count on.

RMS Brewing Solutions reminds our readers to support your local breweries and businesses. If you are in the neighborhood, head into one of the breweries or tasting rooms of Other Half. Or check out their website to have a 24 pack shipped to you. You will not be disappointed.

And as always, if you are in the market for grain handling equipment for your brewery, contact RMS today for a discovery session today. ‘Tis the season for new projects, new construction plans, and new budgets. We are here to partner with you in your ventures.